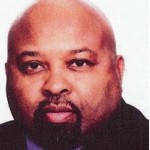 Wavie Gibson is a teacher at Baltimore Polytechnic Institute. On Nov. 9th he was inducted into the National Wrestling Hall of Fame in Stillwater, Oklahoma. Wavie fell in love with wrestling when he became a wrestling manager in the 7th and 8th grades at Mardela High School on the Eastern Shore. In high school, Wavie made the varsity baseball and wrestling teams and graduated in 1982. During his senior year he went undefeated and became Mardela’s first wrestling state champion under coach David Decker.

After graduating from high school Wavie went to University of Maryland, Eastern Shore on a full academic scholarship. While at UMES he placed third in the MEAC, became an Eastern Regional qualifier and was selected as the team’s most outstanding wrestler.

When he came to Baltimore, he decided to become an educator. He sought out Walbrook High School’s wrestling team and started practicing with them and eventually became an assistant coach. The team was undefeated that year and won an MSA conference title. Wavie became the head coach in 1989. In the 1992-1993 season, his team led Baltimore City into the MPSSAA where they had nine regional qualifiers and finished third in the 2A/4A East and had six state qualifiers in their tournament debuts. Wavie coached some of the first state placers from Baltimore City.

Coach Gibson transferred to Poly in 1999 where his success has continued. His teams at Poly continue to receive top rankings in the city. Not to mention, his seniors are boasting an 89 percent college acceptance rate.