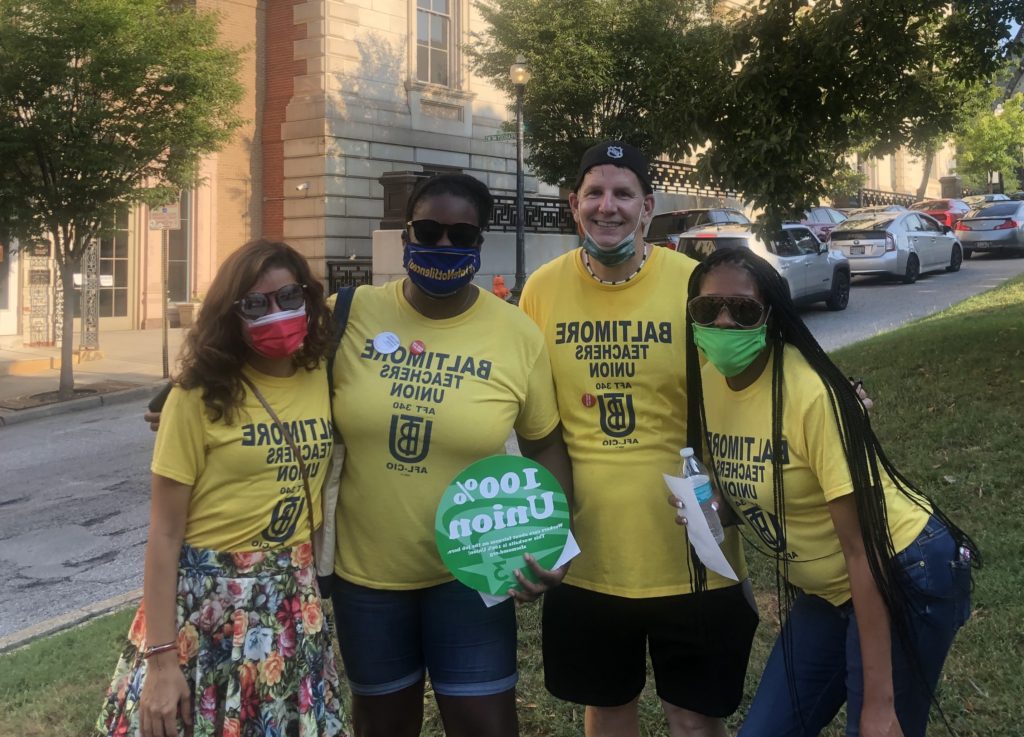 The district tweeted it conducted 253 pooled tests covering nearly 3,300 people. Last month, officials outlined their plans for weekly COVID-19 testing in schools; as part of those plans, they said elementary and middle school students would swab themselves and results would be pooled by classroom.

When a classroom pool has a positive test, all of its students and staff will need to quarantine, according to the plan.

It’s unclear how many students and/or staff members tested positive in each classroom pool, but the school system tweeted “it is most likely that a single person in the pool had COVID.”

BCPS was one of the first school systems in the country to announce it would do mass testing of students and staff, but that wasn’t enough reassurance for one parent whose daughter goes to Baltimore Polytechnic Institute.

The mom, who did not want to be identified, said her daughter is still staying home.

“We all know you’re not symptomatic right away,” she said. “You could’ve been around somebody over the weekend that had COVID; not everybody’s telling each other that they have it.”

A teachers union representative told WJZ she didn’t learn about the results until seeing them in the news.

“When you have this important information coming through a third-party source as opposed to through your employer or your supervisor or principal, it really reminds you of all of the other circumstances where Baltimore (City) Public Schools has not done its due diligence,” Cristina Duncan-Evans said.

The union has been vocal about safety concerns and vaccination rates.

“Very few of our members are fully vaccinated, yet hundreds of them are being mandated to return to schools,” she said.