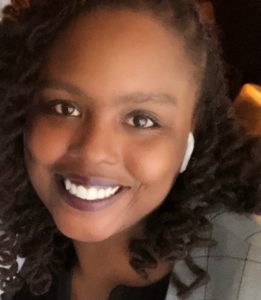 In August, the BTU hosted our annual Building Representative/Union Learning Representative Retreat, where over 150 people attended to learn and prepare for the upcoming school year. The retreat was an opportunity for me to spend some time explaining one of the most important concepts to me: Organizing. Organizing is a turn that we used a lot during the BR/ULR Retreat and upon some reflection I realized that many people don’t really understand what organizing means. When we say organizing in the BTU, we don’t mean tidying things or making a list of tasks or creating an order for items. To illustrate the concept of organizing, I’d like to use an example from my life. I used to work at St. Veronica’s Head Start, and while I was working there, I was approached by an organization called BUILD. BUILD brings together organizations of more than 50 people to participate in direct action campaigns on issues affecting the community. They approached me because at the time there was an organized campaign to increase recreation centers and they wanted St. Veronica’s to be a part of their effort. When I was approached by a BUILD organizer, the staff at St. Veronica’s was unhappy with their Executive Director, and I was really interested in learning more about BUILD. BUILD wanted to get St. Veronica’s on board to help out with their mission of increasing the number of recreational centers that Baltimore residents could access. BUILD asked me to be their connection to St. Veronica’s and offered me the opportunity to go to a 10-day organizing training that was my first introduction to how people can work together to successfully take action and make change.

The BUILD 10-day organizer training focused heavily on how a conversation between 2 people, or a one-on-one, as they called it, could lead to people deciding to take action to make change. I learned about the power of a single conversation, and how to structure that conversation effectively to build a relationship, find out what people care about, and activate them to make change. One-on-ones are the most effective tools in organizing, and I use them no matter what topic I’m organizing on.

After I learned about one-on-ones and other organizing tools for building power and making change, I came back to St. Veronica’s and started talking with my friend, Tiffany, about what I learned. We didn’t really know what would come of trying to change things, but we decided to use a combination of 1-on-1s and a petition to talk to all the staff at St. Veronica’s. We had conversations with people about the Executive Director, and asked people to sign the petition. If they weren’t willing to sign the petition, we told them that we understood, but that we wouldn’t be coming to them in the future to take action because we wanted to move forward with people who were ready to take action. Fast forward, and the petition was successful, and the staff at St. Veronica’s was able to get the Director fired, because it turned out that she was embezzling money and the attention to her leadership put her under a spotlight and created pressure for the organization to get rid of her.

That’s what organizing is and that structure can be applied to any situation where you want to affect the outcome. As long as the directly impacted are leading, you’ll be guided in the right direction. It’s really important that we continue to build structures, support and communication tools around organizing in our union, because this tool can help us build more power and capacity. Organizing can help us address issues that we have had a challenging time addressing for years. A lot of these issues we cannot address by ourselves. An organizer’s first step is never to do anything by yourself. Instead, the first step is to figure out who you need to identify to come along on the ride with you. We will continue to teach about organizing in the union as we move forward because I think it is such an effective tool. I’ve read books about it, attended trainings, and even designed and led trainings, but most importantly I have used organizing over and over and over and over again in my personal life and professional life and I have been phenomenally successful because organizing works.