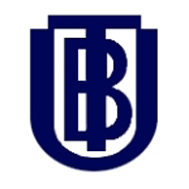 The news that Baltimore City Public Schools plans to lay off 1,000 employees is unacceptable in that it diminishes the systems capacity to address the educational, social and emotional needs of the children of Baltimore City.

The BTU has been at the bargaining table since March of last year and has met with representatives of three different administrations. Not until recently did the Board mention such a huge deficit. To date, the School System has not made any proposals concerning layoffs or furloughs, and it has not asked the Union to help it solve a deficit of this magnitude.

There is a revenue shortfall because the school system has been losing students. This is a decades-long vicious cycle where those with the means to leave Baltimore move out of the City when their children become school-age to seek modern and well-maintained buildings and smaller class sizes in the surrounding counties. With fewer students, funding falls. With less funding, buildings become dilapidated and the school system cannot afford to staff the schools appropriately.

There is a revenue shortfall based on the State-funding formula because, on paper, Baltimore is becoming wealthier from new construction. The new real estate is supposed to give the City a greater tax base from which it can fund its schools. The problem is that the wealth is only on paper. So much of the new construction is given tax reductions or exemptions or TIFFs. The result being that Baltimore City is not gaining additional revenue to fund its schools while the funding-formula calls for reduced funding from the State. This is patently unfair.

The 21st Century Building Fund, which is supposed to upgrade our schools, requires City Schools to contribute $20-$30 million per year, not out of its capital budget, but from its operating budget. This means that money that should be spent on salaries for employees and programming for students is being directed to buildings. This means that current employees and current students are being forced to finance buildings that wont be completed for 10 years. This is outrageous!

The BTU is willing to do its part to save jobs by working with and negotiating in good faith with the School Board. Our children cannot get the education they deserve with 1,000 fewer people working in the schools.

Most importantly, there should be no reason for the conversation to be around cuts and taking away from the children of Baltimore City. We will take action to demand that the City of Baltimore, the General Assembly, and Governor Hogan fund Baltimore Citys Schools fairly and equitably.