From the American Federation of Teachers

You deserve “a punch in the face.”

In an interview aired Sunday, Christie threatened violence against teachers, and called our unions “the single most destructive force in public education.”

Tell Chris Christie that bullying and violence have no place in our classrooms or our communities, and demand an apology.

Teachers unions aren’t some faceless entity— our unions are made up of individual teachers, women and men who go to work every day to help children succeed.

In a massive national survey we conducted with the Badass Teachers Association this spring, we saw just how real on-the-job bullying and violence are for our teachers.

After looking at more than 30,000 responses, we learned that nearly one in five teachers has been threatened with physical violence in a school. One in ten has been physically assaulted, and 30 percent have been bullied on the job.

We need leaders who support educators and collaborate with our unions, not people who threaten violence to score cheap political points. 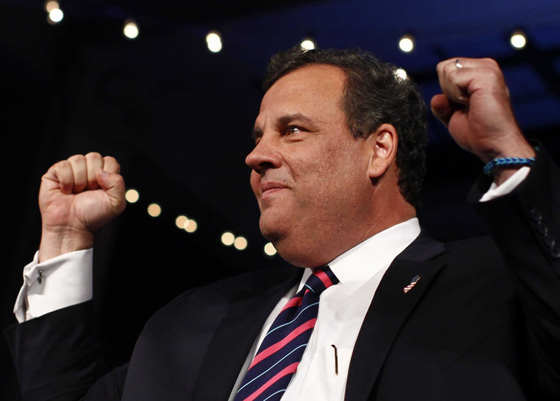 Sign now: Chris Christie must apologize for threatening violence against our teachers.

While Christie is busy blaming teachers, he’s destroying his own home state.

Chris Christie has slashed education funding for New Jersey schools by more than a billion dollars. He’s gutted support for higher education and women’s health, driven New Jersey’s public pension system to the brink of bankruptcy, and crashed the state’s credit rating, all while giving billions in tax breaks to his corporate pals.

Christie and his allies—like Wall Street hedge funds and the Koch brothers—are set on destroying our unions. They know that a strong labor movement can rebuild the middle class and rebalance the scales in our economy.

Our unions are one of the only forces that have prevented Christie from running roughshod over the people of New Jersey. He’s made no secret that breaking unions is a top priority, but threatening violence against teachers is a step too far.

Please join us in demanding that Chris Christie apologize.