Skip to content
3.19.2020:
The vote to move Spring Break was approved with limited conversation. Next steps include requesting waivers from MSDE to “have school” on Good Friday and Easter Monday since state regulations prohibit school on those days.
Everyone more or less acknowledged that school closure will extend well beyond March 27th. At one point the CEO referenced that school could be closed for at least two months.
A big part of the district’s plan has been on food service delivery, the distribution of work packets, and the return of medication to families. Food distribution will continue at the same 18 sites next week while the Central Office is officially on Spring Break Monday through Wednesday.
Much talk occurred but few details were offered on what a “phase two” of BCPSS’s response to COVID-19 will look like. Many issues require guidance from MSDE, which so far hasn’t indicated what’s advisable or permissible. “Distance learning” was discussed, involving digital and/or paper-based options, but again, nothing substantive was offered. Importantly, special education services were referenced, with Santelises responding that the school system will be exploring different levels of customization and personalization in the coming weeks. ESOL services weren’t mentioned. Huge questions loom over what any plans would look like that guarantee equitable access to schooling during this public health crisis.
The BTU will keep you up to date with anything we learn in the coming days. We will be asking many, many questions.

The School Board of Commissioners is moving ahead with officially moving Spring Break to next week. They will have a special meeting tomorrow, March 19th, at 4:00pm to vote on this issue. This will be a very short meeting, only 30 minutes is scheduled.

The BTU has contacted Board staff, and we are told that the meeting will be held in accordance with the Maryland Open Meetings Act. Later today we expect to receive a phone number for the public to access the meeting.

The Board will also consider a resolution to allow electronic/remote participation of Board members to carry on official Board business. Standard operating procedure requires in-person participation to cast valid votes.

See the supporting documents below.

No official word on an extension of our current school closure. Another Special Public Board Meeting is scheduled s a half hour conference call for Tuesday, March 31st from 5:00 to 5:30. Considering that this Board meeting is being held as a conference call a day after our scheduled return to work, the Board is indicating an extension is in the works. 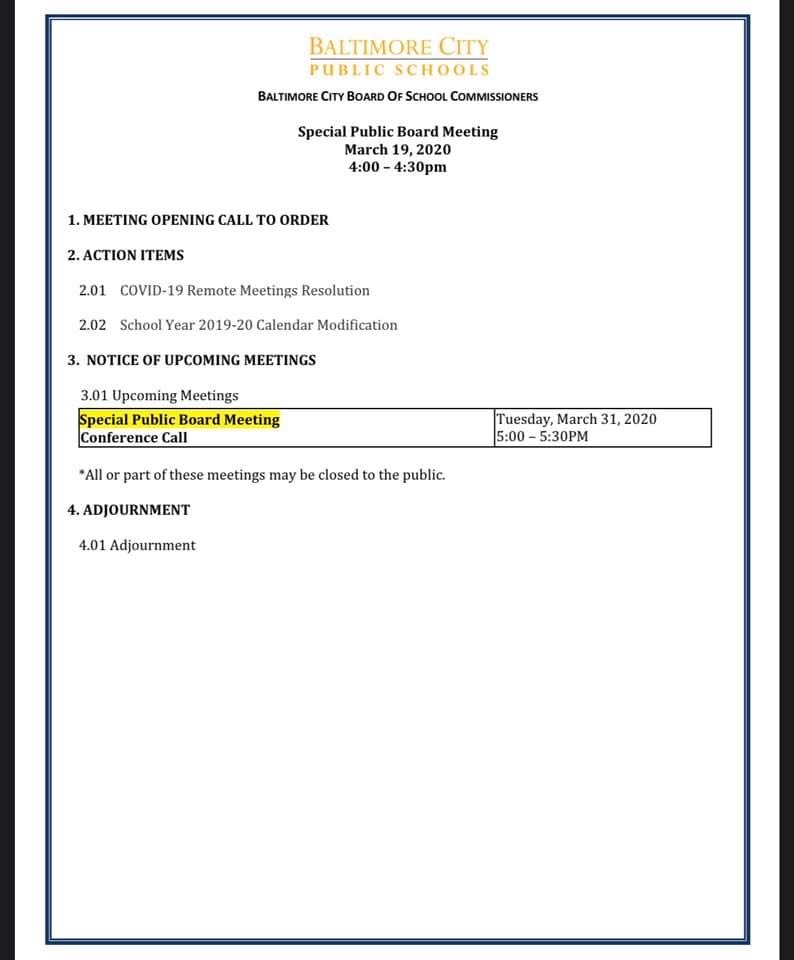 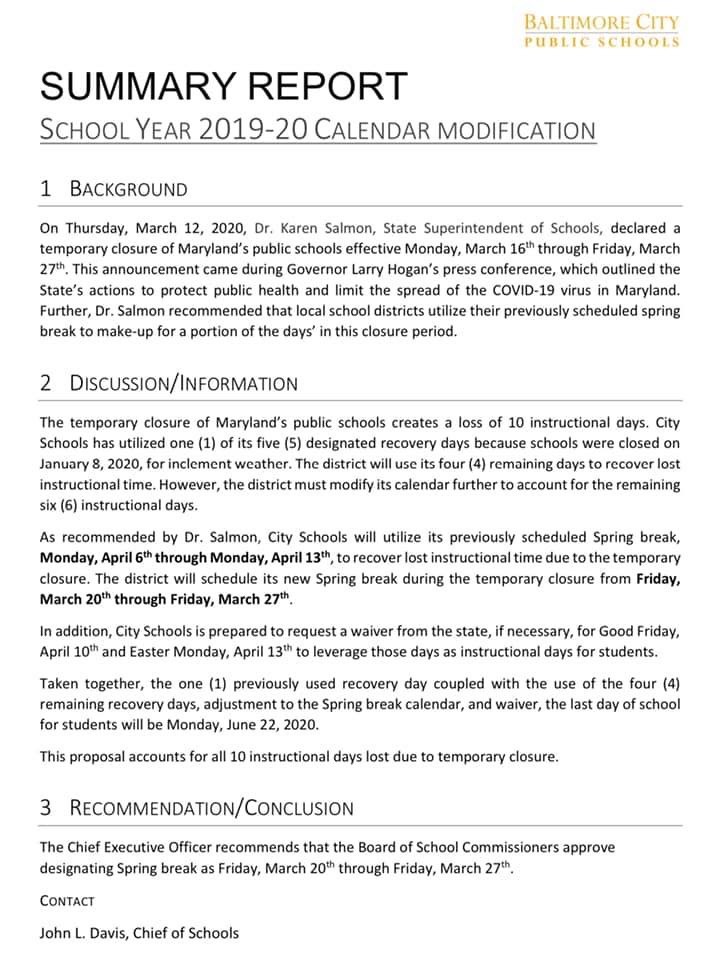 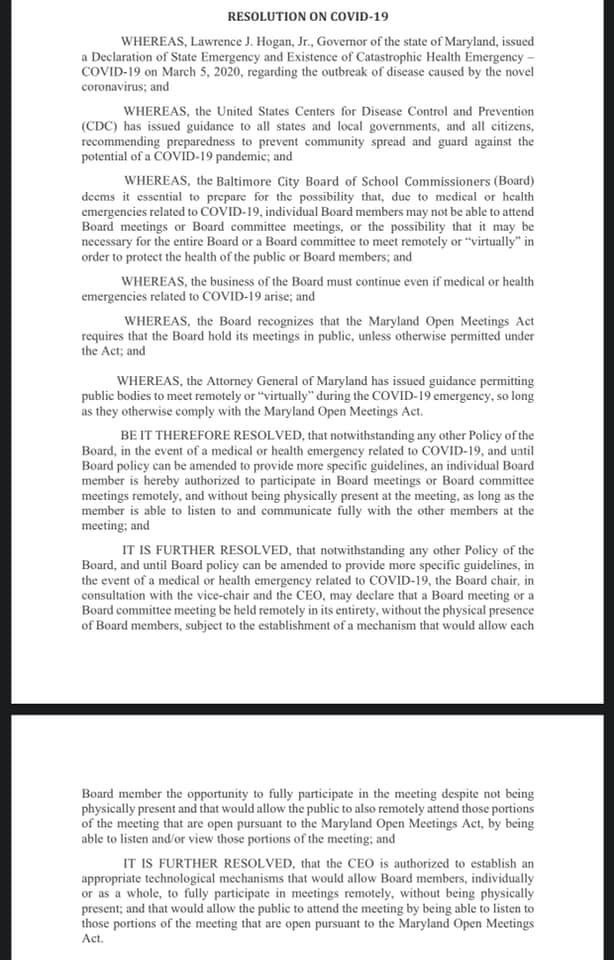