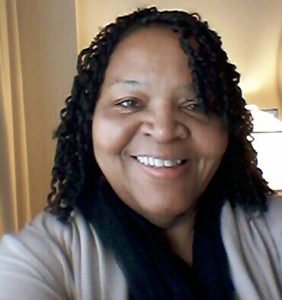 Sandra Davis is the PSRP Chair for the BTU Executive Board, a position she has held for 7 years. She has worked as a PSRP in Baltimore City Public Schools for 31 years. She currently works at Renaissance Academy High School #433 as a Special Education Paraeducator supporting scholars in Geometry, Algebra I and Algebra II.

What made you decide to take on the role of PSRP Chair?

When I started working for the school system, I met several building representatives that encouraged me to get active in union activities. I began attending meetings and conferences then joined the Special Education Committee. Hearing information first hand was empowering. It was an honor and a privilege when I was asked to run for a position on the Executive Board. This was an opportunity for me to thank the many Building Representatives that encouraged me throughout the years and to assist PSRPs on a new level.

Tell us about a student who you will never forget. What made them so memorable?

All of the scholars I have worked with are memorable; however, there is one in particular that stands out. She was a sophomore when we began working together; she lacked self-confidence, the word “can’t” was her word of choice, and the first year I worked with her she challenged me every step of the way. She saw me as another adult trying to tell her what to do. I explained that my job was to help her stay focused, complete all assignments, improve her GPA and the ultimate goal: GRADUATION. Over time she realized I was not the enemy and became very focused on her education. At the beginning of her junior year, we examined her grades and set a goal of eighty percent for all classes which would maintain and improve her overall GPA. She met and exceeded every goal. We did the same thing at the beginning of her senior year and again she exceeded every goal. I am proud to say she graduated in the top ten percent of her class.

How has BCPSS changed since you first started working there?

When I became an employee of the district, there was a Superintendent and Human Resources Department; now we have a CEO and Human Capital. I have seen changes to curriculum and testing, traditional middle schools were closed, many schools became K – 8, “efficacy” became the buzzword during one administration and Special Education spent years under a consent decree. No Child Left Behind pushed educators to become “highly qualified.” The federal law led to the BTU PSRP negotiating team securing a significant pay raise with a title change to “paraeducator” for paraprofessionals who had become “highly qualified ” either by passing the ParaPro test or having 48 credits.
These are a few of the many changes that were presented throughout my years in the district. I approached each of them with an open mind since the goal was to improve education for our scholars, ultimately assisting them with becoming productive and successful members of the workforce and community.

In your opinion, what ingredients are needed to make a school successful?

In my opinion, a workplace is successful when administrators and supervisors are willing to take into consideration the ideas of all stakeholders. Everyone brings a unique perspective to every situation.

How has the pandemic affected PSRPs over the past year?

The pandemic has affected PSRPs in many ways. Instantaneously we were separated from family, friends, colleagues and students. We took learning from the classroom to the living room while learning how to maneuver through various platforms in a virtual world. We called families to check on their wellbeing and had to adapt to a new “normal” while facing our own fears. As always, PSRPs stepped up and took on the challenges.

What are some of the challenges facing PSRPs right now and what is BTU doing to tackle those challenges?

One of the main challenges PSRPs continue to face is a lack of respect. People often use the phrase “you are just a”. We are not “just a” anything. WE ARE PROFESSIONALS. Many of us have college credits, degrees or certifications in other areas of interest. Our passion is working with scholars and we deserve to be treated as professionals.

What is your favorite thing about being an educator?

The best thing about being an educator is watching scholars grow; not only academically but socially as well. Knowing you were a small part of that growth is worth it all.